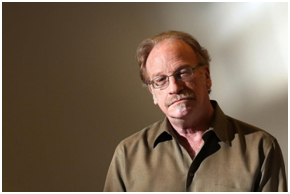 Some judges in Ontario are routinely warning that cases are in jeopardy if more judges aren’t hired. But is boosting the ranks of the judiciary really the answer?

The under-resourcing of the backlogged criminal justice system has become a courtroom battle cry in Ontario, with some judges routinely calling on the government to loosen the purse strings so more of them can be hired.

Superior Court Justice John McMahon was the latest to issue a warning that a multimillion-dollar alleged financial fraud case might get tossed due to delay because there isn’t a Toronto-area judge available to preside over the trial before next January.

The hope is that more judges will ensure people accused of crimes receive their constitutional right to a timely trial. That, in theory, will lessen the risk of potentially serious cases collapsing, denying victims justice and defendants the right to clear their names.

That concern was heightened after the Supreme Court of Canada, in a 2016 case known as Jordan, imposed new limits on the amount of acceptable pretrial delay. In response, senior levels of governments have appointed more judges to, the province has said, “help speed up the justice system.”

Yet not everyone agrees that increasing judicial numbers will solve what is a very complex problem.

Judges are expensive. As of last April, Ontario Superior Court judges earn $315,300 annually, in addition to generous benefits and a pension equivalent to two-thirds of their salaries. Provincially appointed judges receive $292,829 yearly, along with benefits and pensions based on years of service and age.

Rather than boosting judicial ranks, Young would like to see the expansion of alternative measures, with more disputes being resolved through negotiations and mediation, and the decriminalizing of minor offences to free up court resources.

“We try to use criminal justice for every social evil and as a result we can’t have an effective system,” he said.

Toronto defence lawyer Gary Grill agrees that a streamlined justice system, especially when crime rates are at historic lows, makes more sense than throwing additional judges at the problem, which “is a short-term solution at best.”

“We are likely overlooking the real problem: over prosecution, over charging, and an institutionalized fear of letting any prosecution go because we have become so risk adverse,” Grill wrote in email.

“A cost-benefit analysis must be employed. Crowns should have enhanced discretion to resolve charges. Marginal charges should not be prosecuted. Yet our courts continue to be clogged with marijuana prosecutions, weak cases where the Crown lacks the discretion to withdraw.”

Toronto defence lawyer Greg Lafontaine agrees “too much stuff” goes through the system that should be resolved with a plea arrangement but can’t because the prosecution won’t come to “reasonable terms” with the defence.

“Nobody is willing to use the discretion that they have to nip cases in the bud,” he said.

Laurie Gonet, president of the Ontario Crown Attorneys Association, said she’s disappointed by that suggestion, “because the numbers just don’t bear that out, we’re resolving stuff left, right and centre.”

At least 90 per cent of criminal charges in the Ontario Court of Justice are resolved, whether by way of plea or the withdrawing of charges, leaving 10 per cent which tend to be the most serious cases, she said.

Still, prosecutors must still prepare every file as if it is going to trial and “we’re being crushed under the workload of trying to do that. There simply aren’t enough of us … to make it go faster.”

Cases are also much more labour intensive than they used to be due to a number of factors including the way criminal offences are investigated and the volume and nature of disclosure.

While it would be great if new provincial Crowns were hired, “why can’t we have more civilian staff … to help us with the administrative things, so it frees us up to actually do the pretrials that will hopefully resolve things,” Gonet said.

Michael Spratt, who practises criminal law in Ottawa, says there are delays there of between 12 to 18 months for even simple trials, and longer delays for complex trials. Still, he thinks the delay problem has been exaggerated in some circles.

Digital evidence and investigative techniques have contributed to lengthier, more complicated trials, so while there might be room to appoint more judges “that’s not necessarily a good thing.”

“It’s easy to think the solution is just hiring more people, throwing more money at the problem, when I think the criminal justice system is really a pit that will swallow all of that up and offer diminishing returns,” he said.

If the federal government wants a leaner justice system it should follow through on some of its election promises, such as repealing some mandatory minimum sentences. “They contribute to court delays by incentivizing people to not resolve matters and go to trial.”

Federal NDP health critic Don Davies, who helped draft the party’s new decriminalization policy, said ending the unwinnable war on drugs would go a long way to solving the glut of cases clogging up the courts.

“Maybe we don’t have enough judges as long as we’re pursuing a criminalized approach to drug use because we keep feeding an interminable, endless supply of sick people into the justice system,” said Davies, who is a lawyer and MP for Vancouver Kingsway.

“One of the many happy benefits of a decriminalized approach, when you take the crime out of drug use and drug addiction, is you take those people out of the court system and that frees it up for issues that are properly in our justice system.”